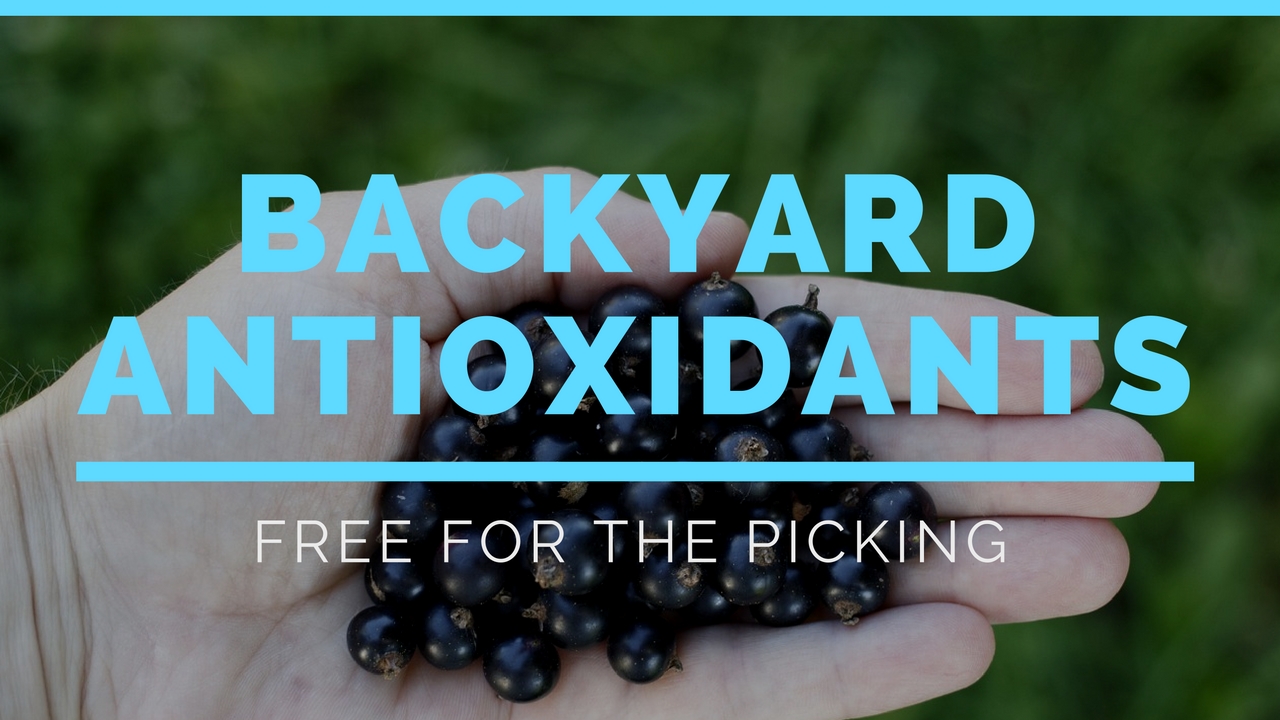 Nearly every day, I see a new advertisement for some overpriced exotic antioxidant food that’s supposed to be the latest thing you just must have to live to a ripe old age.

From native drupes from South America (Acai) to organic coffee berries (yes berries), to an exotic fruit from the Himalayas; we’re told by some celebrity (like Oprah), that we’ve just got to have it. Now, I’m not suggesting these foods aren’t good, but by the time they’ve reached our home, the price is way too steep.

Yet, we tend to ignore what’s available for free in our own backyards.

Here are 8 local wild foods, loaded with vitamins, minerals & antioxidants you might want to consider instead. All of these have various medical properties ascribed to them, but it would take far more space than I have here to differentiate claims from scientific validation.

The young tender shoots are good in stir-fry or soups, and the fresh or dried leaves make an interesting & healthy tea.

In Ovidius ‘Ars Amatoria’ there’s even a recipe using nettle seeds in an aphrodisiac drink.

Caution: There’s a strong reason why it’s called Stinging Nettle. The leaves are covered with fine hollow “hairs” which contain formic acid that sting when you touch them.

Once cooked, they are fine, but even the dried leaves can still sting you. I strongly suggest using heavy-duty leather or rubber gloves to handle them.

If you do happen to get stung, juice from the stem will reduce the stinging, and a companion plant frequently found growing near nettle is the common Touch-Me-Not or Jewelweed (Impatiens noli-tangere).

The Touch-Me-Not flower is yellowish orange and often spotted purple to reddish brown. There is another species (I. glandulifera), which has pink or white flowers resembling an orchid. Both species readily self-seed, and do well in moist shady areas. Because the juice immediately quiets the sting of nettle, you may want to grow some in your wild garden.

The young leaves (before flowering) can be used for salad-greens or added to soups or stir fry. The flowers can be made into wine & even non-alcoholic drinks. The pollen laden flowers can also be added to pancake batter or fritters.

You’ll first want to remove all green portions from the flowers, because they are quite bitter. Of course, you’ll want to avoid dandelions, which have been sprayed with herbicides.

I find the best leaves appear in areas where the surrounding plants force them to grow long and wide to get the sunlight they need. It’s not unusual to find leaves 6”- 8” long.

You can also add some plants to your garden. By feeding them nitrogen rich compost, you’ll be able to encourage leaf growth and extend the harvesting season. The roots of dandelions can be gathered and dried in the fall and make a healthy drink either alone or as an addition to your coffee.

Dandelion has been considered a culinary favorite in Europe for centuries and was actually imported by the early colonists to America where it has spread even into the mountains. A little known fact is the U.S. is a net importer of dandelion parts, which are used in herbal supplements.

To most people today, chicory is just a little noticed roadside herb with pretty blue summer flowers, but the plants have been cultivated for thousands of years.

It is said that Queen Elizabeth I of England drank chicory broth, and the Egyptians cultivated it around 5000 years ago. Today, it’s seeds & greens are sold as radicchio, which is nothing more than the forced leaves of a variety of chicory.

If you want to grow your own, the plant thrives in rich sandy soil, and responds well to compost.

You can even “force” the roots during the winter months for the specialty green Belgian endive, which make a welcome addition to salads. The ground roots can be added to coffee or drank alone.

Virtually all berries & especially those with blue-black coloration have antioxidants that apparently protect the body from many ill effects of aging.

If you live in an area where they grow abundantly, consider yourself lucky. Specialty culinary preparers pay as much as $40 a gallon for these sweet berries and make them into jams which sell for premium prices in the market.

In most parts of the U.S., these berries grow wild and are sold for $30 a gallon or more at roadside stands. Most are blue or black with a flavor similar to blueberries.

Huckleberries grow well in sun or shade and can frequently be found alongside mountain trails. In the Pacific Northwest there is also a red variety that grows well on old cedar stumps. The flavor is tart but quite good.

Huckleberries can be easily frozen or prepared into jams, tarts, and pies. I like to add a few to my summer salads. My chickens love them so much I’ve seen them fly up into the bush and gobble them down.

Bilberry is native to North America, Europe, and Asia from 38o to 78o north latitudes and from sea level to 9,000 + feet elevation. This species grows on wet or dry, acidic, organic or mineral soils and is often found at the edges of lakes and streams.

The plants grow from several inches to about 36 inches tall, bearing single berries or clusters of two or three glaucous, blue berries one-fourth inch in diameter. Flavor is good, but yields are often low.

One of my favorite Labor Day hikes takes me to a couple alpine lakes in the wilderness where these berries grow in such abundance you can literally fill your hand with berries without moving your feet.

These fresh juicy flavorful berries taste similar to blueberries, but are much sweeter. Typically along the trail I’ll also find blue huckleberries and wild blueberries.

Elder flower tea or fritters in the spring and elderberry wine in the summer. The flowers can also be dried and used for tea later. And the berries can be made into jams, jellies, & chutneys. If you’ve never had elderberry wine, you’re missing a rare treat, especially if you make it yourself.

Although the elderberry tree can get up to 30’ tall, it responds well to pruning. My chickens think the berries are a real delicacy.

High in potassium & phosphorus and a good source of Vitamin C. American natives ate the young shoots just like asparagus – lightly steam & eat or use them in stir-fry.

Fireweed tend to grow in open areas, along ditches, and burned over ground (hence the name). The summer flowers of this member of the Evening Primrose family are delicate and rose to purple.

I’m sure if you ask knowledgeable elders in your community, they can tell you about other local plants you can harvest. In the process, you’ll get some healthy exercise & sunshine. And you’ll also know you aren’t nearly so dependent on your grocer for your food.

Although Mugwort is mentioned in the rhyme above, Artemisia vulgaris is now not considered to be safe to take internally. It is a fine aromatic and can be used in herbal baths to relieve aching muscles and joints. It makes a fine ornamental addition to the wild garden, & the sage-like smell of the dried herb is said to repel moths.