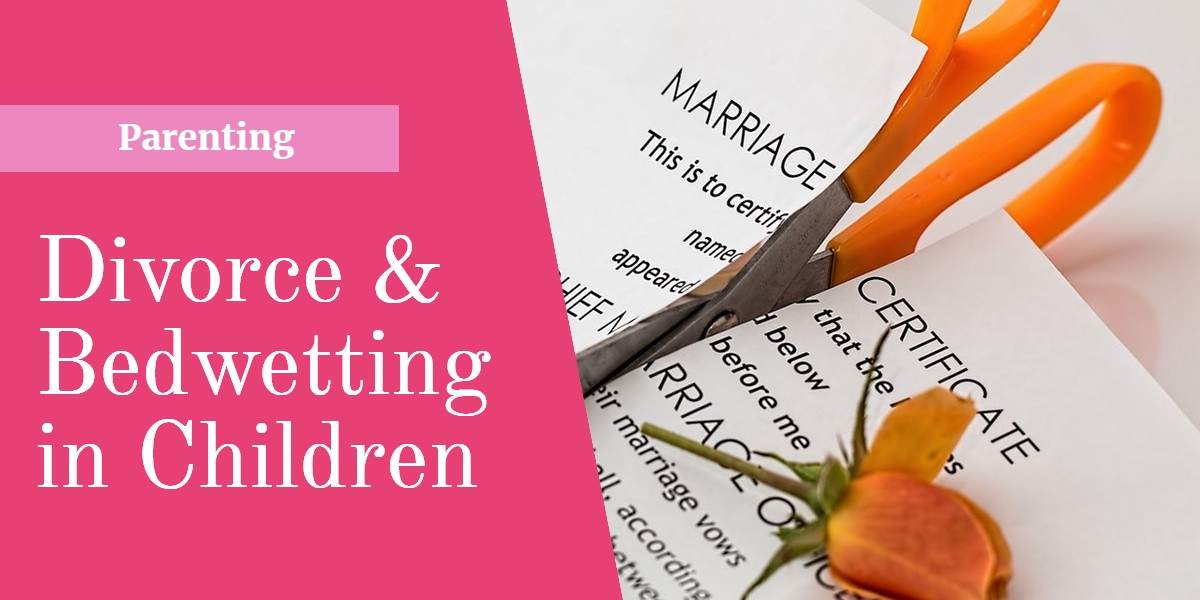 Although the primary parties involved are parents, divorce affects every member of the family.

Children are witnesses to the stress, confusion and hurt that often accompany divorce.

With the current divorce rate at 52.4 percent, according to the U.S. Department of Vital Statistics, many children are forced to deal with divorce – and the emotional, mental and physical effects that it brings.

Children’s immediate concern is how divorce will affect their day-to-day life, according to Dr. Stephen Sheldon, director of the sleep medicine center at Children’s Memorial Hospital in Chicago, Ill.

Dr. Sheldon explains that children may be scared, concerned, sad, angry, or may even feel guilty and will act out as a result.

“Any of these emotions can lead to a full range of reactions such as acting out, depression, regression, displaced anger, withdrawing, or a combination of any of these,” Dr. Sheldon says.

When a separation or divorce happens, the children will be told the ‘what and how’ related to telling the children – as well as what happens afterward – which can often determine the type, amount and appropriateness of a child’s reaction.

One common reaction to divorce is the occurrence, re-emergence or increase in frequency of bedwetting episodes.

“Children who have a history of bedwetting can have a reoccurrence of ‘accidents’ after learning their parents are separating,” Dr. Sheldon says.

“Younger children are more likely to experience this, but older children – as old as 12 to 14 – can find themselves bedwetting again. It is fairly common for children with no history of wetting the bed to experience this as a result of the stress, fear and other emotions.”
Kathy’s daughter had problems with bedwetting when her father moved to his new apartment in New York.

“I would find wet blankets, sheets and clothes in the laundry, so I knew something was wrong. When I asked, she cried. She was embarrassed and said she felt her father’s leaving was because of her. While she has had a hard time dealing with the divorce and I feel the bedwetting is a result, the episodes have gotten less frequent as she adapts to having two homes.”

According to Dr. Sheldon, one of the most common causes for the development, reoccurrence or increase in bedwetting episodes is stress placed on children by one or both parents.

“Children feel overwhelmed when forced to choose one parent over the other,” says Dr. Sheldon.

Although the parent may not mean to put stress on their children, gestures, comments or statements can cause an increase in stress, and ultimately bedwetting.

Parents should not put their children in the middle, in a position where they have to choose between their mother and father, or make them decide where their loyalty lies.

Regardless of what one parent thinks or feels for the other, they are both still parents to the same child or children. Seeing or hearing the two people they love and trust fighting and disliking each other can be a great source of turmoil and stress for a child.

“When my wife and I divorced, our daughter had been toilet trained for a few years and really didn’t have accidents at night,” says Richard, a dad from Kansas.

“Not long after we moved into separate households she began wetting the bed. The accidents happened most frequently at her mother’s home. At the time, there was more turmoil at her mother’s home – crying, yelling on the phone while our daughter was there – and I’ve always suspected the stress had something to do with our daughter’s accidents. It did wake her if she began to wet, but left her scared and confused. It took about six months for her to ‘outgrow’ the problem – just as things began to settle down between her (now-divorced) parents.”

Check Our Reviews for the Best Bedwetting Alarms

Dr. Sheldon says an important factor in helping your child cope with a separation and avoid bedwetting episodes is to not only tell your child that life after the breakup will work out fine, but to also show them.

“Your task as a parent is to understand your child’s feelings regarding the issues at hand,” says Dr. Sheldon.

“You need to let him or her know that even if they wet the bed, you understand and you are not angry with him or her. The easiest ways to do this is to provide a loving home and to cooperate with your spouse, or ex-spouse, in parenting issues. Children need to be reminded that they are not the cause of the breakup.”

Jennifer, a mom in Galveston, Texas, knew that when she separated from her husband, her children would take it very hard. “When our middle son began wetting the bed at night, I discovered he took it harder than I thought,” she says.

“I did all I could to reassure him that he was not the reason his father and I separated. His father and I worked together and made sure whenever there was an issue that needed attention, we approached it together. After some time, our son learned that just because his father and I don’t live in the same house, doesn’t mean we don’t still love him.”

One way to help your child through the bedwetting period is by having him or her wear disposable absorbent underpants like Super Andies underpants.

Waking up to dry clothing and a dry bed alleviates the negative feelings and guilt a child can internalize. Especially at tough times like these, kids need all the help they can get to retain their dignity and self-worth.

Bedwetting is just one of the many behaviors that can be exhibited by children whose parents are separating or getting a divorce.

According to Dr. Sheldon, it is not the behavior that needs to be addressed, but rather, the underlying cause.

“When a child wets the bed as a result of stress due to divorce, they are not doing it so much for attention as they are in reaction to the situation,” he says.

“Address the bedwetting issue, by all means, but do not put the spotlight on it. It is not the bedwetting that is the foremost problem. Instead, address the issues the child has about the divorce. The bedwetting will be resolved as the concerns, fears and uncertainty are.”