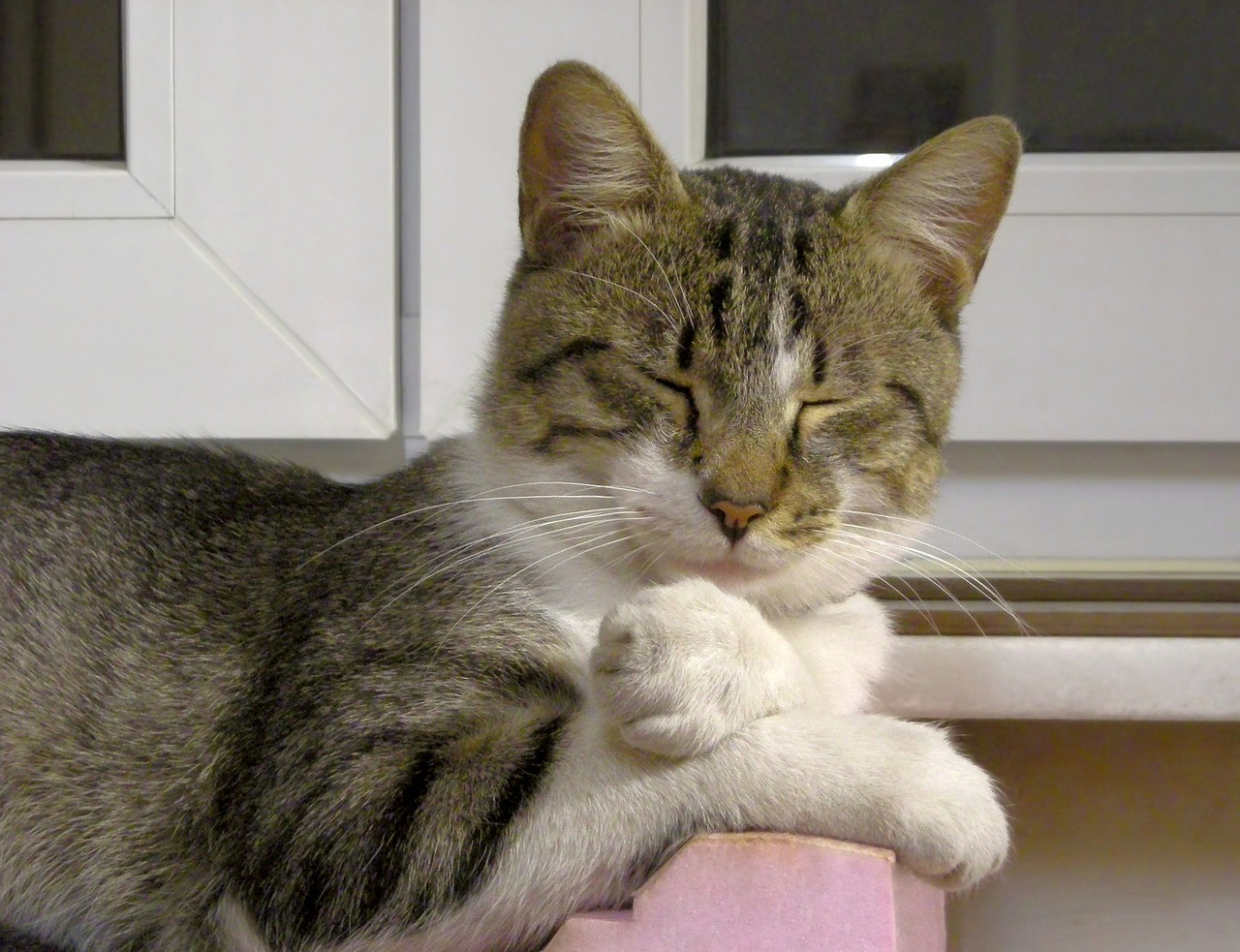 Melatrol sells itself as an unique blend of botanical natural ingredients that they believe to promote relaxation and sleep. We decided to look into these claims by analyzing each individual constituent of Melatrol to determine Melatrol’s credentials and see if it the answer to your sleep debt problems.

Melatrol is an all-natural sleep-inducing formula created especially for everybody who has trouble sleeping. It uses only natural ingredients so users are assured of a no side effect, effective relief from sleep disorders.

1. Melatonin
Melatonin is a hormone produced by the body to induce sleep. This is the main ingredient of Melatrol. Certain foods, such are rice, contain Melatonin. It is added to every Melatrol pill to make it effective for everybody.

2. Valerian Root
Valerian has long been regarded as an insomnia cure. In fact, it is used in the ancient times. Hippocrates, the father of medicine, is convinced of its effectiveness.

3. Rhodiola Rosea Extract
Known to relieve stress and rejuvenate the body for a better sleep.

4. Passion Flower
Used for a long time now in treating sleeplessness, hysteria, and anxiety. It is also given to individuals suffering from tension, nervousness, and sleep problems.

The first constituent we will look at is melatonin.

Melatonin is a hormone found in all living creatures from algae to humans at levels that vary in a daily cycle.

Melatonin is a natural compound produced by the body to convey the message that is night and that the body needs to rest. As such melatonin has a sleep inducing effect on the brain.

Adults that do not produce sufficient melatonin can have trouble falling asleep, as their body cannot tell the difference between day and night. Taking a supplement containing melatonin can help your body strengthen its biological clock and restore your natural sleep cycle.

Products containing melatonin have been available as a supplement in the United States since 1993 and met with good consumer acceptance and enthusiasm.

Melatrol contains the recommended dosage associated with aiding natural sleep and will also help general well being due to its natural role as an anti-oxidant and its stimulation of the immune system.

Melatrol has a lower dosage rate than many other natural sleep aids. The makers of Melatrol have taken into account the findings of Massachusetts Institute of Technology (MIT) which showed many supplements contained three to ten times the amount of melatonin needed to produce desirable sleep.

MIT found large doses to be found counter productive and can actually hinder getting the right and proper amount of sleep.

Also as part of Melatrol balanced blend they use Valerian. Valerian (Valeriana officinalis) is a hardy perennial flowering plant with heads of sweetly centred pink or white flowers.

Valerian is native to Europe and part of Asia; Valerian has now been introduced to North America. Valerian is pharmacology and phytotherapic medicine is the name of an herb or dietary supplement prepared from roots of the plant, after maceration, trituration, dehydration processes to turn into capsules that help with sedation.

Valerian has been used a medicinal herb since at least the times of ancient Greece and Rome. Hippocrates described its properties and Galen later prescribed it as a remedy for insomnia.

The active ingredient of Valerian is believed to be its high content of y-amino butyric acid and Valeric acid. Valerian has shown to calm people under stress. As many people experience sleeplessness when under stress Valerian relaxing effect can help those people fall asleep more readily.

Scientific studies and the active ingredient have shown very positive results in humans and children. During one study adults and children having sleep problems were given Valerian for eight weeks. At the end of this trial all individuals were falling asleep faster, easier and consistently through the night.

GABA is a natural compound found in the brains of healthy adults. It is formed from the common amino acid glutamine and glucose. People who are stressed anxious or depressed may not be able to produce the required amount of GABA.

GABA, which was the first synthesized in 1883, can be used as a supplement to stabilize natural GABA levels. The overall effect is the decrease of stress and lack of sleep in the individual and a greater all round sleep cycle, as an individual will find sleep easier to come by.

As GABA is a natural compound produced in the brain there are now known side effects associate with using GABA as a supplement which is also true of L-5 Hydroxtryptophan.

L-5 Hydroxtryptophan or 5-HTP for short is a naturally occurring amino acid, a precursor to the neurotransmitter serotonin. It is marketed in the States and other countries as a dietary supplement for use as an anti-depressant, appetite suppressor and sleep aid.

5-HTP can aid biosynthesis of serotonin naturally in the body as a supplement. Serotonin is essential in natural melatonin production and promotes a healthy sleep cycle.

5-HTP is a naturally derived extract from the seeds of the Griffonia simplicifolia and has been used in Western African medicine for centuries as a natural relaxant and to help induce sleep.

The last natural ingredient to look out for Melatrol is Relora. This too is a completely natural supplement that induces relaxation and sleep. Relora is a combination of two powerful plant extracts: magnolia officinalis and phelloddenron amurense.

Relora was developed in the United States by Next Pharmaceuticals. In the development of Relora over fifity plant extract from around the world were screened for their effects on sleep and stress reduction. Clinical studies have shown that Relora produces fast results without any side effects. While many synthetic sleep enhancers cause sedation and can be dangerous, Relora promotes relaxation without sedating the user.

Other Uses of the Melatrol Sleep Aid

Melatrol uses all natural biological ingredients that have been shown in clinical studies that they have no side effects.

Pregnancy is a very blissful moment for a couple, especially for the woman. But, sometimes pregnancy is not as easy as others might experience it to be. There are certain situations that soon-to-be-mothers experience discomfort and one of them is insomnia.

A sleeping disorder, such as insomnia, is not uncommon for pregnant women.

Pregnant women may experience insomnia because of pregnancy-induced pains and discomforts. It is difficult and uncomfortable for them to sleep because of their growing tummy. Pregnancy insomnia usually occurs during the last trimester. This results in common pregnancy complaints like nausea, cramps, heartburn, body aches, and frequent urination.

Finding ways to reduce pregnancy insomnia is by experimenting with sleeping positions like sleeping on your side. It also helps to drink plenty of water in the morning but reduce fluid intake before bed time to curb frequent urination. Add comfortable pillows on your bed. Taking a warm bath and have a soft massage before sleeping to reduce stress may also help. Play relaxing music, turn on the TV, or read a book when you are about to sleep. Practice deep relaxation breathing techniques like the method taught in pregnancy classes.

If these things don’t work, taking natural sleeping aid like Melatrol may be beneficial. But, before taking any supplements, remember to ask your doctor if this is safe for you and the baby. Although, it contains natural ingredients and has no known side effects when taken by pregnant women, it is still important to check first with your healthcare provider.

The combination of traditional medicines used around the worked for 100’s of years with proven results combined with Melatrol unique delivery systems ensures that each biological component is released at the right times and levels into the body. Melatrol offers a compelling sleep aid argument that helps:-

All this results in an individual who finds that the body will feel tired at night as the melatonin levels have been increased. The individual will feel less stressed and the body will be relaxed leading to a natural and restful night’s sleep which over time will allow you to balance your body clock and no longer feel mentally and physically fatigued.

Melatrol offers a natural sleep aid with no side effects that will gently over time allow you to feel alert and awake again as you put the problems of insomnia and sleep debt behind you.