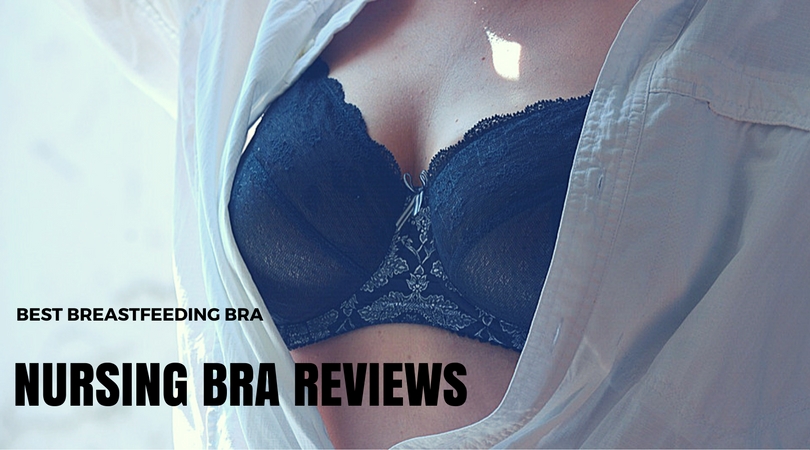 If you are planning on breastfeeding your baby, then congratulations. You are doing something that is going to be of great benefit to both you and the child, thus cementing the mother-child relationship.

If this is your first child, or the first time that you are considering prolonged breastfeeding, then you’ll need to consider a few things when purchasing the most important nursing underwear garment: the nursing bras.

Finding a bra under normal circumstances for most women is a challenge. It is reported that many women actually wear the wrong size bras resulting in strap slippages, saggy breasts, fat rolls of the back, etc. While this is somewhat unsightly, it is of no consequence.

However, finding a good nursing bra is a must. The right nursing bra will come handy in preventing things like blocked milk ducts, which could cause mastitis.

When buying a nursing bra, you have to examine the ease with which the cup will be able to slip off the breast.

Familiar to most women is the type of bra that unfastens in the front. However, with a nursing bra, this type of front fastening bra offers much more support in the breast and has thicker straps and band.

Another type of bra designed for nursing is the zipper bra. A zipper is sewn right underneath the cups for easy release. Just unzip and fold the cup over the breast at feeding time.

The third type of nursing bra that mothers wear is the button bra. A button fastens the cup to the strap which can be unbuttoned when the baby is hungry.

Finally, you can also consider a stretchy nursing bra. Be reminded, however, that this is a nursing bra and not a regular bra in which you pull the cup over your breast. This type of bra is made of material designed to stretch and will not lose their shape from numerous feedings.

Which are the best nursing bras in the market?

Not much separates the two models but the Anita Nursing Bra #5041 does have pretty lace cups and a memo feeding memorizer to remind you which was the last side that was nursed on. This is very helpful so you don’t make mistakes and break your routine and deplete your supply.

Features of the Anita Nursing Bras

Nursing bra or not, these really are very comfortable bras period.

The quality of the Anita underwire nursing bras is top notch and so are the materials being used.  The shape and support keep well even after multiple washings.

The Anita underwire nursing bras are generally designed for women who have larger busts who need the extra support.  However, because of their comfort, it’s a good bra period for any nursing mothers who want something extra pretty and well made.

Check for the Latest Price on Amazon

There are a lot of nursing bras in the market and you might be wondering what is so special about the Bravado nursing bra that we had to feature it here.

Well, for one thing, the comfort!  There’s no underwire or polyester as it is 100% cotton.  It also has easy and convenient snaps and the cups pull down quickly for emergency feedings.

For most women, these two factors are the high on the list of priorities when getting a nursing bra: comfort and ease.  There is no question about it, the Bravado nursing bra fits these criteria.

What’s also great about the Bravado nursing bra is that multiple sizes like small, medium, large, large plus, large plus plus plus, extra large, etc.  Each of these sizes represent a range in cup sizes.  Therefore, you’re not limited to standard cup sizes like in conventional pre-pregnancy bras.  This is great because you won’t know what size you’re going to be until your milk comes in, which is going to be a few days after your baby is born.

You should only get fitted or measured for a nursing bra in your last trimester as that will give you a better indication of how big you’re really going to be.  Even then, your breasts will get bigger (it might surprise some moms on how big!) when the milk comes in.

However, you will need a nursing bra for when you go to the hospital for the first few days so the Bravado bra is great  because they have a lot of give and flexibility.  Don’t worry about the money spent on these as they will probably fit just fine even after the first few weeks of stretching.

Bravado bras are the kind of nursing bras that you’ll want to wear when you’re around the house resting, at night if you’re staying indoors and you’re not expecting visitors because they are so comfortable.

There are no underwires for extra support but you’re lounging around the house anyways so this is not a huge issue.   A lot of doctors discourage underwire bras as it can hamper milk flow for some mothers and block milk ducts causing mastitis.  This will not be an issue with the Bravado bra.

The Bravado nursing bra comes in a variety of colors and you’ll want to get a few just for convenience issues between washings.

Check for the Latest Price on Amazon

Important points to remember when buying a nursing bra

Nursing your baby is one of the best starts in life you can give to your baby. Make sure you do it in comfort with the best nursing bra that money can buy!