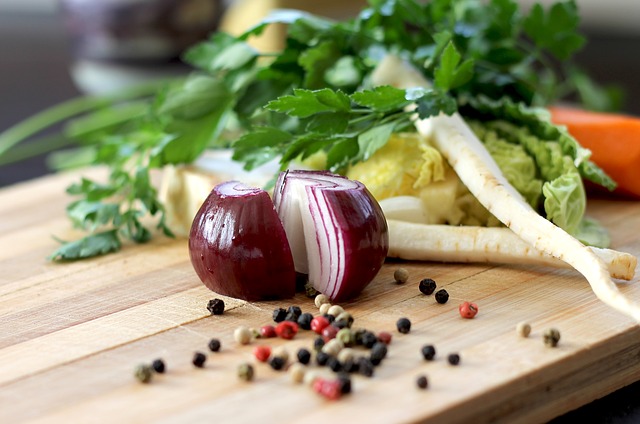 Snoring is very common. Perhaps as common as common cold or even more common. Statistics have it that about 50% of the total population snore.

With this many snorers, snoring aids manufacturers are making a kill. In recent years, they have increased tremendously as more and more such companies seek to take their share of the cake.

Snoring aids have also evolved from simple ones such as chin straps and nasal sprays to more advanced ones such as the smart pillow and the Nora Smart Snoring Solution.

Many people claim that these aids have helped them a great deal to reduce their snoring while many more claim that they did little or nothing to stop theirs.

If you are a snorer or if you happen to know someone who snores, chances are you have tried or have seen your friends try this or that snoring aid or a mouthpiece like Airsnore.

However, did you know that you can reduce your snoring without the use of any snoring device?

By a simple adjustment in your diet. By adding some items on the menu and replacing some with others.

I know what you are thinking, and the answer is NO! The foods are pretty easy on your palates.

Here is a list of foods that you should take to stop or reduce snoring.

Honey has been used for millenniums to sweeten drinks and in medicine as well.

It has two main properties that make it suitable as a snoring aid; anti-inflammatory and lubricant.

The former reduces swelling in the airways hence ensuring that they remain open throughout your sleep. The latter reduces tissue vibration which is responsible for the snoring sound.

Including honey in your diet shouldn’t be hard. You could add it to herbal tea or hot water and drink before bed time. Alternatively, if you don’t mind the high sugar concentration, you could take a spoonful before bed.

Some people snore frequently while others snore habitually. During winter, most people are likely to snore as a result of the cold.

This is because of the mucus build up which blocks the airways forcing you to breathe through the mouth hence snore.

Garlic is well known to treat cold by decongesting the airways and reducing the mucus build up.

A clear, mucus-free airway means that you get to breathe normally throughout the night. Normal breathing translates to a snore-free night.

To include garlic in your diet, you could simply use it as an ingredient while cooking. And if you have the stomach for it, you could take it raw. Whichever way you choose, the end result is the same: Snore free sleep!

Not too long ago the only kind of milk you and I drank was that from the cow and a few other domestic mammals.

However, in recent times our once favorite milk has been put under the microscope which has left many opting for other dairy products.

One such product is soy milk, which is made from soy beans. So why is it important for you, a snorer, to also switch to soy milk?

Snoring is also caused by allergic reactions to things such as dust, pollen and glutton. Exposure to this allergens has an inflammatory effect on the airways which contributes to snoring.

Though not scientifically proven, it is believed that consumption of cow milk promotes mucus production.

This leads to congestion of the airways and eventually snoring. Substituting cow milk with soy milk is hence an ineffective way of curbing snoring.

You could take it as it is or you could add it to tea or coffee.

This is where most of you will draw the line. Don’t get me wrong, I also love my stake medium rare as much as the next guy.

However, the meat we consume is what is referred to as red meat. Not because of the color but because of its high fat content.

Although not proven, it is believed that the high fat content has an inflammatory effect. By now you all know that an inflamed airway is breeding ground for snoring.

Substituting your red meat for fish or white meat (meat with low fat content) could help reduce snoring. You need not worry about the taste as long as you prepare the fish right. You may even find it tastier than beef!

When used for snoring, olive oil acts as a lubricant for the tissues found at the back of the nose and throat. It keeps them moist hence reducing their vibration which translates to reduced snoring.

It also keep the muscles under the palate tight therefore ensuring they remain open through out. By now you know that an open passage means that air flows freely and your snoring is reduced.

In addition, olive oil has anti-inflammatory properties which keeps the airway swelling-free. Take a sip or two of olive oil before bed to benefit from it. Alternatively, you could also mix in equal proportions with honey.

Marjoram is one of the most effective oils to reduce snoring. It does so in three ways; opening up the airways, adding muscle tone to the throat and removing any obstructions.

There are various ways of consuming marjoram. The most common method is sniffing it immediately before bed and leaving the jar open on the night stand.

Alternatively, you can rub it around the nose, neck, chest and shoulders before going to bed.

WARNING: Do not use Marjoram for snoring if You Are pregnant!

Lavender is one of the best known aromatherapy herbs. It is also probably the only  essential oil for snoring that has antispasmodic properties. These properties help clear your airways.

In addition, lavender also has soothing qualities which promote a relaxing night’s sleep.

It has both antispasmodic and anti-inflammatory properties which keep the airways open and prevent swelling respectively.

Add 2-3 drops to water and gargle before bed.

Other oils include eucalyptus, tea tree and thyme essential oils all of which help in reducing or stopping your snoring.

Another way to use these oils is by adding them to hot water and inhaling the steam before sleep.

See our guide on the best essential oils for snoring

Tea is a very good decongestant which gets rid of mucus and other things that congest the airways. By keeping the airways open, air flows freely and hence your snoring is reduced if not stopped.

There are a variety of teas to choose from including black tea, white tea, chamomile tea and green tea all of which help in combating snoring.

Lemons and honey can be added to improve the taste as well as help in stopping the snoring.

Onions have decongestant and anti-inflammatory properties. The former ensure that the airways remain open while the latter ensures no swelling occurs along the airways. These in turn greatly reduces your snoring by ensuring your breathing is normal all night long.

The good news is that you need not take it raw, I doubt if anyone can. Just cook with it as you normally would.

Guacamole is another great way of keeping your onions needs met. For those that have no clue what that is guacamole is a salad whose main ingredients are onions, tomatoes and avocados. You can however add other spices you see fit.

Turmeric contains an ingredient known as curcumin which has anti-inflammatory qualities. It helps suppress any swelling along the airway which ensures they remain open.

In so doing, air passes freely and hence your snoring is reduced.

Can these foods reduce my snoring on their own?

That would depend on the severity of your snoring. Snorers can be grouped into three; mild, average and severe.

Mild snorers are those snorers who snore habitually for instance when they have a cold. Their snoring isn’t as loud. For this group of snorers, these foods alone are sufficient in reducing and even stopping their snoring.

Average snorers snore more often and louder than mild snorers. For some, these foods help greatly reduce their snoring though for most, they need to supplement these foods with snoring aids.

Severe snorers are those that snore daily and loudly enough to wake up an entire block. For most severe snorers, their snoring is an indication of more a more serious complication known as sleep apnea.

If you fall under this category then you definitely need to supplement these foods with trusted aids.

How do I decide which foods to include on my menu?

That depends on you. However, I would advise that you try them all while noting the effect each has on you.

For instance, if you find tea to reduce your snoring more than the rest, then have more tea. However, since you can’t OD on them, there is no harm in shuffling them so as to get the maximum benefit from them.

How available are these foods?

These foods are relatively easy to find in your grocery and supermarkets. Some, like the marjoram essential oil can be ordered online and delivered at your doorstep.

In addition they are way cheaper than a majority of the snoring devices available in the market.

The snoring aids industry is one that is attracting new players by the day. For this reason, it is becoming increasingly difficult to know whom to trust. Reports of snoring aids doing little or nothing at all to reduce snoring have been on the rise.

For this reason, it would be wise to try these foods prior to considering any aid. This way, you will save money while at the same time reduce or stop your snoring.